Seed potatoes are readily available from garden centres and seed merchants from early January offering many different varieties to chose from. Produced to be disease-free they offer the best possible start with growing your own potatoes. Chitting seed potatoes simply means encouraging them to sprout before planting, you can start chitting seed potatoes approximately six weeks before you intend to plant them. 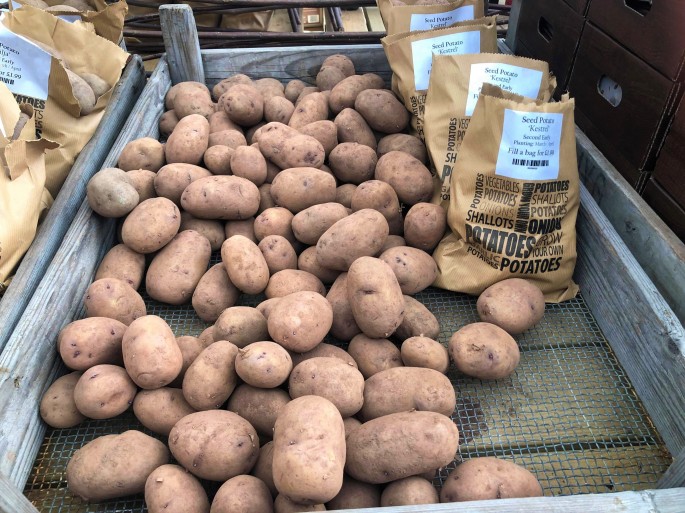 To chit seed potatoes simply stand them in egg boxes or trays with the eyes facing upwards towards the light, keep them in a cool, light and frost-free place. They will soon produce short dark green shoots (chits) which will help give an earlier crop when planted, if the shoots are long and pale they need more light.

Potatoes can stay in their trays until planting conditions are right, usually from March onwards ready for lifting around June time. Main crop can go in a few weeks after earlies and second earlies, they’ll be ready for lifting anytime from late August through to the end of the year, depending on variety.

My seed potatoes are set out to chit in egg trays now, once again I’m growing second early ‘Charlotte’, a salad type easy to grow and delicious!

Life at the allotment, no dig raised beds, flowers for the bees, composting obsessed. Welcome to my allotment blog where I blog about the growing year of Plot 5 and 11W.