I took advantage of the beautiful weather today and made a start on the autumn tidy up. Some of the squash vines were looking very sad indeed, with fruiting long finished it was time to pull them up.

I’ll hold off from clearing the Moranga squash for now, they’re still going strong and I plan to harvest a few more for storing before the first hard frost hits. The weather is set to be warm and sunny until Friday with Thursday set to be particularly warm, I plan to make the most of the next couple of days to hopefully get some other jobs ticked off the list, such as remove more lawn and the raspberries to create more growing space, weeding, pick the last of the Bortlotti beans and collect sunflower seeds for next year.

I had to stop for a moment to take the photo below, a bittersweet capture of life and death on the allotment. As one season ends another begins, dead squash vines alongside young spring Brassica.

My cabbage and cauliflower babies are doing well despite the recent gales courtesy of storm Ali, as I lay awake in bed listening to the wind howling outside I had visions similar to the scene from The Wizard of Oz, my cabbage plants being blown furiously past my bedroom window. Yeah, I know, I’ve been told many times that I have an overactive imagination! 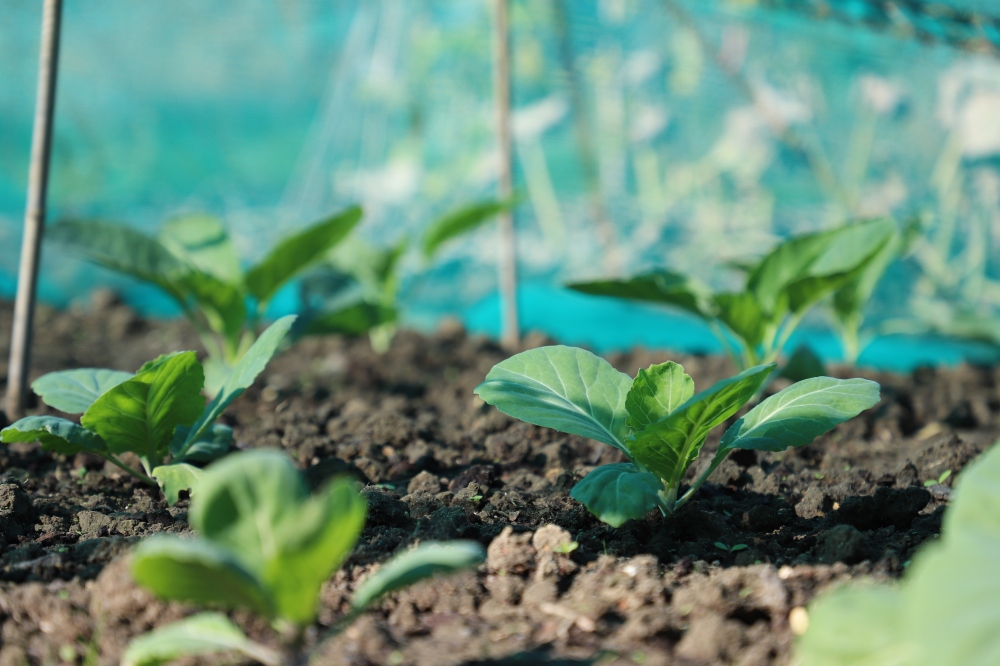 Back to reality, the DIY cage took a bit of a battering and ended up lopsided (but stayed put which is the main thing!) and some of the bricks holding the netting down rolled away, a quick fix to the cage and all is well again.